Will We Ever Know What Jesus Really Looked Like?

Does the Bible tell us what Jesus really looked like?  Are there any other writings from the first century that describe Jesus?

Many people down through the ages have claimed to know what Jesus really looked like.  From paintings and sculptures (many of them famous), to likenesses of Jesus seen in everything from clouds to scrambled eggs, Jesus’ face seems to be everywhere you look.  Do any of these images even resemble the real face of Jesus?

In Isaiah 53:2 it says, “He had no beauty or majesty to attract us to Him, nothing in His appearance that we should desire Him.”  It would seem that the only description of Jesus in the Bible is telling us that He was not physically attractive.  He probably had nothing about Him to set Him apart from other common Jewish men of the first century. 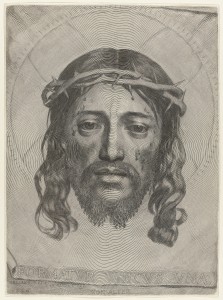 In the New Testament account of Jesus’ arrest in the Garden of Gethsemane, Judas had to give Jesus a kiss so the guards could distinguish Him from the others with Him.  This seems to add to the likelihood that Jesus didn’t stand out from the crowd.

If the Biblical description of what Jesus really looked like is correct, then Jesus was a typical Jewish peasant from Galilee.  He probably had a dark beard and hair that was not trimmed, as was the Jewish custom.  Since He spent much of His time outdoors, He would have had dark olive skin and would have most likely been lean and muscular.  He would have been about 5 feet 1 inch tall and weighed approximately 110 pounds.  Doesn’t sound like He was a real he-man, does it?

The Bible tells us that true beauty is on the inside of a person, so maybe Jesus’ beauty came from within.  Maybe God wanted us to desire what was in Jesus’ heart, not His outward beauty.  Maybe people of the first century could see the beauty in Jesus just by his countenance.  Maybe they knew He was special by His demeanor.  Maybe what Jesus really looked like is not what was important, but rather what He said and what He showed us by the example of His perfect life. 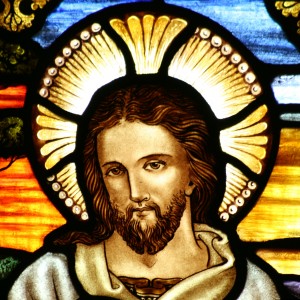 There is another school of thought that speaks to the question of what Jesus really looked like.  There are some historical documents that many believe contain physical descriptions of Jesus.  The descriptions included in these first century writings give a very different picture of Jesus than what is written in Isaiah.  They portray Him as a tall, handsome man with blond hair and blue eyes.  This Jesus would have certainly stood out among the people of first century Judea.

In a letter from Publius Lentullus, President of Judea, written to the Roman Senate concerning the Nazarene called Jesus, Lentullus stated that Jesus was somewhat tall. The color of His hair was said to be like chestnut, His eyes gray and clear, and it even said He wore a part in His hair.  It said that He was very beautiful, not like the sons of men. If this Lentullus was a trustworthy fellow, this paints a very different picture of what Jesus really looked like.

In another letter, one written by Pontius Pilate to Tiberius Caesar, the physical appearance of Jesus was also described.  Pilate said Jesus appeared to be about 30 years old, with golden hair and beard that contrasted with the black beards and tawny complexions of His companions. It seems Jesus may have stood out among the people He spent His time with.  It could be assumed He was very handsome and a delight to behold.

These two theories of what Jesus really looked like are obviously at odds with each other, and it would be impossible to believe both of them to be correct.  It is up to each of us to determine how we will picture Jesus while He was on earth.  There isn’t enough evidence to be sure of what Jesus really looked like, but we can be sure that His was the face of God, and the men and women who where fortunate enough to look upon that face were certainly blessed.