10 Facts About the Ancient God Marduk 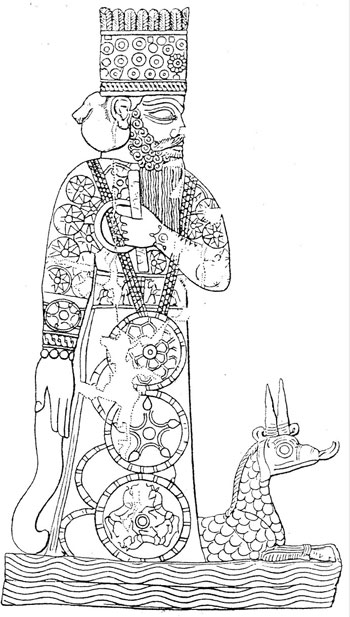 Marduk was the chief god of southern Mesopotamia during the Babylonian Empire. Here are 10 facts about this important ancient Mesopotamian god.

1. He was the patron deity of the city of Babylon.

2. While his name is Marduk, it was probably pronounced as Marutuk. This shows his association with Utu, the sun god in Sumerian mythology.

3. Marduk is associated with the planet Jupiter.

5. The story of Marduk’s birth, life, and ascent to leadership over all other gods in southern Mesopotamia is told in the Babylonian creation myth, Enuma Elish.

6. In Enuma Elish, Marduk is said to have ascended to great power after he was chosen to lead the Annunaki gods in a cosmic civil war.

7. Marduk is often depicted as a man.

8. His predominant symbol is the snake-dragon and, to a lesser extent, the spade.

9. Marduk is the father of Nabu, the Babylonian god of wisdom.

10. He is described as the god of Nebuchadnezzar in Daniel 1.