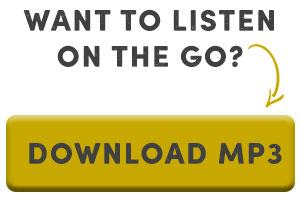 Handout (PDF): The Testimony of the Early Church Fathers On Violence and War (PDF)

Video Description: What is the proper Christian view of government? Does the Bible condone revolution or violent rebellion to kings?

Today, much confusion swirls around this topic.

In this important teaching by Jerry Robinson, you will learn what the New Testament church teaches about the nature of worldly governments and how we, as Christians, should view them in light of God’s eternal Kingdom.

Specifically, we will explore some vital, but often controversial, scriptural passages, like Romans 13:1,2:

“Let every person be subject to the governing authorities. For there is no authority except from God, and those that exist have been instituted by God. Therefore whoever resists the authorities resists what God has appointed, and those who resist will incur judgment.”

What are 21st century Christians to make of such commands? And are these commands still applicable in today’s world where democracy reigns and where governments are a product of the “will of the people?”

“Submit yourselves to every ordinance of man for the Lord’s sake: whether it be to the king, as supreme; Or unto governors, as unto them that are sent by him for the punishment of evildoers, and for the praise of them that do well. Honour all men. Love the brotherhood. Fear God. Honour the king.”

Here, we note that the Apostle Peter’s words echo the same sentiment as those of the Apostle Paul. In fact, Peter’s opening command to “submit” is the same Greek word that Paul uses in Romans 13 — “let every soul be subject.” Like Paul, Peter stresses that submission is the proper positional attitude for fellow Christ followers. It cannot be overstated how absurd and pacifistic Peter’s command is, as he and some of his readers would soon lose life and limb at the hands of the Roman state who, according to Peter’s own pen, praise “them who do well.” Peter and Paul were both aware of the rising temperature against the name of Christ. They themselves were both wounded in life and put to death by the “higher powers.” They also knew many other Christians, even among their readers, who had faced harassment, if not outright persecution by the governing authorities. Yet, despite this, neither Apostle complains. Instead, these transformed and regenerate men commanded their readers to cling to Christ’s example, along with those of the early martyrs like Stephen, who refused to fight against the kingdoms of this world.

“Put them in mind to be subject to principalities and powers, to obey magistrates, to be ready to every good work, To speak evil of no man, to be no brawlers, [but] gentle, shewing all meekness unto all men.”

Paul once again uses the same Greek word for “subject” in this passage as was used in the other two verses we have already considered. This served as a clear command to the early Christians to avoid rebelling against the authorities. Paul follows up his command to “obey magistrates” by reminding his readers of their duty to not even “speak evil” of, let alone fight against (“be no brawlers”) those same authorities. Instead, Christ followers are to be known for their gentleness and meekness, which they show to all men, including those who serve as the governing authorities.

It should be clear from the apostolic commands to the early church that rebellion to the governing authorities was not only unthinkable, it would lead to damnation and a bad conscience. It was only centuries later that “Christian” thinkers and writers began to identify loopholes for overthrowing kingdoms, often seizing power for themselves in the process.

As you can see, this in-depth teaching covers numerous scriptures and reveals a (Biblical) viewpoint often missing from today’s discussion over how Christians should view government.

If you have ever wondered what the proper Christian attitude towards government (even tyrannical governments) is, this teaching will provide you with solid Biblical answers.

Prepare to be challenged through this important teaching filled with numerous New Testament scriptural references that will provoke to think anew regarding how Christians should view government.

I encourage you now to watch our latest teaching online. Once you have enjoyed this teaching, I recommend that you take three next steps.

1. Share this teaching with a friend or a family member. You can share the video link with anyone here. Even better, tell them to register for our 2019 monthly teaching series here.

2. Pray that God would you give you greater understanding and discernment about this topic. Seek to align your views not with your culture, but instead with God’s Word. You may not agree with everything we have said in this teaching, but it is important to know what you believe and why you believe it.

3. Embrace His Word and the culture’s scales will fall from your eyes on this highly controversial topic. That is our prayer for you.

We believe in the power of prayer. Send your prayer requests and praise reports here.

Next month, we will return with a powerful new teaching regarding the history of Christian-on-Christian bloodshed. I greatly look forward to sharing this new teaching with you next month. The concepts that I have taught and shared in this teaching series have personally transformed me (and many others) from the inside out over the past several years. It is my prayer that these same concepts will lead to radical changes in your own life — for His glory.

P.S. Don’t forget to mark your calendars for our next live Bible teaching coming up on October 13. If you have not reserved your seat for our live 2019 teaching series, be sure to do that here as seating for the live event is limited!